After spending a few days training in Finland for JWOC it was finally time to compete. The first race was a qualification race for the middle distance in which I was delighted to comfortably secure a place in the final, qualifying in the 8th fastest time of 150 athletes. I then went on to secure 19th position in the final which I was happy with but I know I can improve on in future years. In the long distance race I ran strongly to finish in 20th which was much better than I had anticipated as I knew I had not had the perfect race. I had a disappointing run in the relay competition but it was enough to secure Great Britain 6th place in the team competition.

The experience of competing against the best junior orienteers in the world was inspiring and has given me the motivation to keep improving to achieve better results next year.

The remainder of the Summer holidays I am spending training and competing in Sweden, Scotland and Hungary. JWOC 2018 is to be held in Hungary so this training will be especially relevant in preparing for this competition. I am also looking forward to racing at the Junior European Cup in Austria in September. 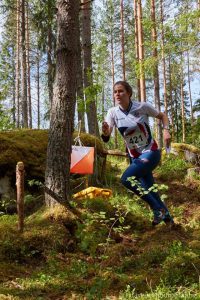 Grace in the Middle race 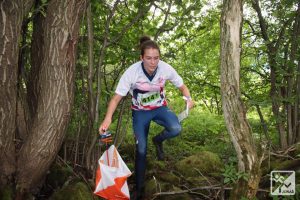 Grace punching on the Long